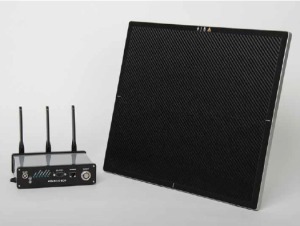 The arrival of flat panel detectors in the late ‘90s undoubtedly sounded the death knell for image intensifiers. But while most experts agree their days are numbered, it may be a while yet before image intensifiers go the way of the dinosaur.

It’s true that over the last 15 years, flat panel detectors have replaced image intensifiers in high-end imaging applications such as cardiology systems. The advantages of the technology are numerous: it’s lighter, captures clearer images and uses lower radiation dose.

Logic dictates that as flat panel detectors continue to approach the price of image intensifiers, they’ll eventually eclipse their market share, but that hasn’t happened just yet. After taking a huge plunge in the mid-2000s, the image intensifier market has remained surprisingly stable. “The image intensifier business continues to chug along,” says David Hurlock, global sales manager at Varian.

“For whatever reason, flat panel detectors don’t seem to be totally adopted,” agrees Tom Spees, director of USA sales at Dunlee, speculating that every hospital still has at least one machine with an image intensifier in it.

Why haven’t flat panels taken over? For one, uncertainty around hospital reimbursements has made hospitals more wary of buying capital equipment. Though all new machines now come equipped with flat panel detectors, not image intensifiers, many hospitals are holding onto their existing equipment.

Numerous surveys suggest that though the economy is starting to pick up, providers still plan to play it safe with equipment spending until they have a better idea of how health reform will impact their bottom line.

Furthermore, depending on the hospital’s volume and size, the cost-benefit ratio may not add up. “Although flat panel detectors have dropped, they still have difficulty competing with the value of image intensifiers for what I would consider to be moderate real-time imaging applications,” says Spees.

Furthermore, there are pockets in the market in which image intensifiers still hold their ground for now. For example, dynamic flat panel detectors, which process moving image sequences in fluoroscopic procedures, have been around since 2002, but have yet to replace image intensifiers.

Because dynamic panels are much more expensive to develop and difficult to manufacture, there are fewer manufacturers offering detectors capable of dynamic imaging. “The prices for dynamic detectors that would replace an image intensifier haven’t decreased like the prices for static flat panel detectors,” says Hurlock.
1(current)
2
3
4