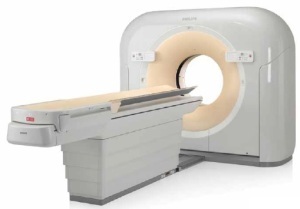 After a steady decline in sales for the past few years, manufacturers are heartened to see CT is finally making a comeback. “Over the last four quarters in a row we’re seeing sales growth,” says Eric Stahre, vice president and general manager, global CT/ PET, at GE Healthcare.

A report by WinterGreen Research shows that the global CT market is due to reach $6 billion by 2019 with two to three percent annual growth, driven by gains in imaging clarity and increased demand for higher-quality screening tools.

One of the biggest factors in the current market rebound, experts agree, is pent-up demand for new equipment. The sour economy coupled with the uncertainty around the impact of health reform has made hospitals nervous about pulling the trigger on big ticket items. Spending on capital equipment has thus remained largely stagnant, taking a backseat to other more pressing operational costs.

But the rosier sales figures in 2012 seem to indicate a shift in attitude. After all, try as hospitals might to put off purchases, aging machines do eventually need to be replaced. Still, according to Stahre, the average age for CT scanners in the United States is approaching nine years—the highest it’s ever been. “Maybe we’ve hit that point where this isn’t the standard state of affairs anymore,” he says.

Measure up
Though CT suffered a sales hit in recent years, its trajectory over the long run is considered a huge success. Since the modality was introduced in the ‘70s, its use has ballooned, and experts estimate about 68 million CT scans are performed annually in the U.S. alone.

The reason for its popularity is simple: CT is the best imaging tool out there for countless procedures.

“Used wisely and optimally, CT is one of the most valuable imaging modalities we have and it has changed our world. It can improve medical care and diagnose some illnesses that no other tests can. It can help determine the best treatment plan and avoid other tests or surgery,” says Dr. Marilyn Siegel, professor of radiology at Washington University School of Medicine in St. Louis and highly regarded expert in pediatric dose.

But every modality has its drawback. The biggest downside of CT, radiologists agree, is the relatively high level of radiation dose it uses. A CT chest scan uses 70 times the amount of radiation of a traditional X-ray.
1(current)
2
3
4
5
6