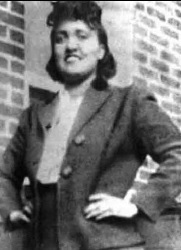 From the August 2013 issue of HealthCare Business News magazine

While it’s widely known scientists use human cells in research, few people know that most of them came from a single person: African American tobacco farmer and mother of five, Henrietta Lacks.

Lacks was born August 1st, 1920 in Roanoke, Virginia. After her mother died giving birth to her tenth child, four-year-old Henrietta was given up by her father to be raised by her grandfather. Henrietta later married her first cousin, David Lacks, and had five children with him, the first being born when she was only fourteen years old.

At the age of 30, Lacks visited Johns Hopkins University -- the only major hospital in proximity that treated black patients at the time -- complaining of a painful knot in her cervix. Dr. Howard Jones diagnosed her with cervical cancer.

But as Jones examined Lacks, he found the tumor to be strange and different, unlike anything he’d seen before, though he’d treated thousands of cervical lesions. It was purple and shiny and bled at the slightest touch -- like “grape Jell-O,” he wrote later. Without her knowledge, he took a piece of her tumor and sent it to the pathology lab.

As she received cancer treatment at the hospital, two additional samples of her cervix were removed without her knowledge and sent to Dr. George Otto Gey.

Gey quickly discovered that some of her cells did something that scientists had been trying in vain to encourage in other cells: they could be kept alive and grow.

Gey isolated the specific cells and multiplied them to start a cell line. He nicknamed the line HeLa, after the letters of Henrietta’s name.

These cells would later become the HeLa immortal cell line -- one of the most valuable and commonly used cell lines still used in medical research today.

Scientists still aren’t exactly sure what makes the HeLa line so special, but they speculate it has to do with its telomeres –- a protective loop of DNA at the end of each chromosome. While the telomeres of most cells slowly shorten upon division, resulting in eventual cell death, the telomeres of HeLa cells maintain their size as the cells continue to multiply.

The special properties of the cell line made it ideal for conducting various medical experiments, and it eventually became a widely used workhorse involved in countless historical breakthroughs in medicine. Her cells have been used to test the first polio vaccine and were sent up in the first space missions to test the effect of zero gravity on cells. They’ve also been an instrumental tool for genetics research, in vitro fertilization techniques, and drugs to treat herpes, influenza and a host of other diseases.
1(current)
2