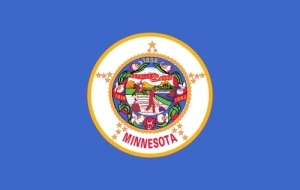 Minnesota's department of health said it has become the first state health agency to take the pledge for the Image Wisely and Image Gently campaigns.

The national programs set up by radiology groups encourage providers and facilities to use scans with ionizing radiation only when clinically indicated and to use the lowest appropriate dose. To date, Image Wisely, which launched in 2010 for adult patients, has had 16,000 pledges from providers and organizations, and Image Gently, launched two years earlier for pediatrics, has had 18,000.

The two groups provide instructional material on their websites, such as equipment-specific dose management strategies.

Heather Kehn, a radiation control official with the Minnesota Department of Health, said the new policy will be a "fundamental change" for its radiation specialists and inspectors, who normally work on calibrating imaging equipment, but who will now also participate in educational outreach to providers, technicians and facilities.

"They're really looking at the best practices and just wanting to take these national resources to the local level," Kehn told DOTmed News by phone.

The department has six inspectors who do a rotation of the 4,500 imaging facilities, including industrial and veterinary ones, in the state, Kehn said.

After taking the pledges, staff agree to communicate risks and benefits of imaging with their patients. For facilities signing up with Image Wisely, they can also agree to more rigorous quality-control measures, such as undergoing accreditation and participating in a dose index registry, where they submit radiation doses from scans and get feedback on ways they can improve.

In addition to the health department, more than a dozen facilities in the North State state have taken the Image Wisely or Image Gently pledges, Kehn said. These groups include Consulting Radiologists, a large practice that covers several hospitals, and the Center for Diagnostic Imaging, another large chain that has individually-placed pledges.

"Pledging is a great way to track, but the reality is there are other leaders that aren't necessarily on this pledging but are already doing these things," she said.

Kehn said the next steps are to better acquaint radiation specialists and inspectors with the Image Gently and Wisely programs and to communicate closely with the campaigns.