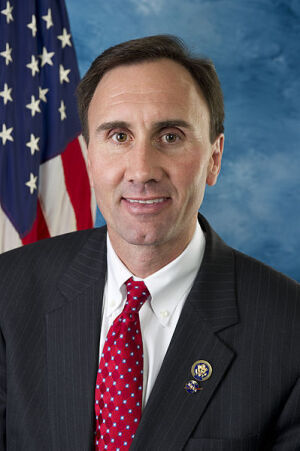 Rep. Pete Olson (R-Texas)
introduced a bill last
year to block the MPPR cuts.
The Centers for Medicare and Medicaid Services released its final physician fee schedule for 2013 yesterday, which includes a hefty reimbursement cut to doctors or radiologists who perform multiple scans on the same patient on the same day and who work in the same practice.

And the American College of Radiology isn't happy about it.

""This final rule expands a terrible policy that many lawmakers already oppose," Dr. Paul Ellenbogen, chair of the ACR's board of chancellors, said in a statement.

Last year, CMS instituted the multiple procedure payment reduction (MPPR), a 25 percent cut to the professional component paid to doctors for their image interpreting time, for every MRI, CT and ultrasound scan after the first given to the same patient during the same session. The new rule expands the MPPR to apply to every doctor in the same practice.

CMS said the rule is necessary because radiologists enjoy work or time-saving efficiencies when doing multiple procedures on the same patient in the same session — efficiencies shared by different physicians in the same group.

"We believe that efficiencies exist in the parts of the service that deal directly with patients, such as gowning and obtaining consent, as well as in the interpretation, where the first completed interpretation is commonly available to the second interpreting physician at the point of interpretation," CMS said in its final rule.

This is a point disputed by the radiology society, which says no "publicly available evidence" supports a 25 percent PC cut. The group cites a 2011 study published in the Journal of the American College of Radiology that found modest efficiencies that correspond to cuts between 3 and 5 percent.

"No efficiencies in care support a funding cut when different physicians in a group practice interpret separate imaging scans for the same patient," the group added in its press release.

ACR also notes that the cuts come at a bad time for radiology, as imaging utilization is falling or its growth is slowing down, and some facilities are closing. The group points out that the Food and Drug Administration, which monitors mammography centers, found 8,620 in operation at the end of September. Five years ago, there were about 200 more, according to FDA figures.

ACR is hoping to thwart the MPPR legislatively, with the Diagnostic Imaging Services Access Protection Act (H.R. 3269). The bill, introduced last year by Rep. Pete Olson, a Texas Republican, has 250 House co-sponsors and 17 in the Senate, according to ACR.