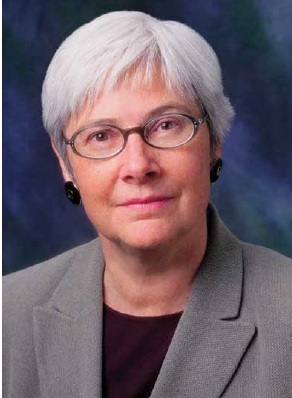 From the November 2012 issue of HealthCare Business News magazine

Q&A with Dr. Jennifer Howse, the March of Dimes' president

In 1938, then-President Franklin Roosevelt founded the nonprofit March of Dimes Foundation to combat polio. Now, the organization’s sole concern is improving the health of mothers and babies.

Since Dr. Jennifer Howse became the March of Dimes’ president in 1990, the organization has doubled its revenue, achieving impressive mission results for mothers and infants, including the successful national folic acid campaign and the launch of a National Prematurity Prevention Campaign. She recently sat down with DOTmed News to explain the various ways this substantial organization’s staff and volunteers are working hard as champions for moms and babies, along with future objectives.

DMBN: Tell us a bit about your background.
JH: I joined the March of Dimes as executive director of the Greater New York Chapter and before that I held several public service leadership positions, including state commissioner for mental retardation in Pennsylvania, associate commissioner for mental retardation in New York State, and executive director of the federal court-appointed Willowbrook Review Panel in New York City. In 2011, I was elected to the National Academy of Science’s Institute of Medicine.

DMBN: The March of Dimes has seen a long string of achievements under your presidency. Which stand out the most for you?
JH: One of the first accomplishments that came during my tenure at the March of Dimes was the national campaign that led the Food and Drug Administration to approve folic acid fortification of grains, which resulted in a dramatic decrease in serious birth defects of the brain and spine, such as spina bifida, in the U.S.

I’m very proud of the passage of the Newborn Screening Saves Lives Act, because today almost every newborn birthed in the U.S. is screened for almost all of the 30 treatable or preventable conditions recommended by the American College of Medical Genetics, regardless of which state they were born in. I’m also pleased with our March of Dimes NICU (neonatal intensive care unit) family support program, which gives comfort and support to families who have babies admitted to a hospital NICU.

There are NICU support programs at more than 100 hospitals across the country.

Last year, we launched our first trans-disciplinary research center which is bringing together scientists from different fields to work together to solve the complex problems of pre-term birth. We also are working on our Healthy Babies are Worth the Wait program, which encourages women and health care providers to not schedule a baby’s delivery before 39 weeks of pregnancy.
1(current)
2
3