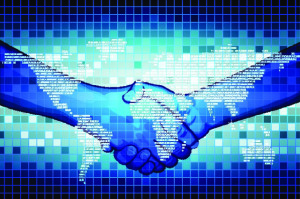 During the past twelve months, approximately350 to 400 med tech mergers and acquisitions were tracked by investment banking firm HT Capital Advisors, 250 of which took place in 2012 alone. This level of activity is similar to what Clyde Burkhardt, the firm’s senior managing director, witnessed last year.

“Things have picked up dramatically, not only as the economy has improved, but also because large companies like health care product manufacturer Johnson & Johnson are out there aggressively looking to expand their portfolio of products,” Burkhardt says. “On the other hand, smaller companies are receptive to selling because they need financial resources and distribution.”

“There isn’t much enthusiasm toward the acquisition of new technology in the med tech sector,” Dustin says. “The ‘not-invented-here’ mentality throughout business development and R&D departments has prevented a number of paradigm-shifting technologies from being acquired.”

Essentially, most major players don’t want outside technology coming in to compete with their cash cows (e.g., legacy CT or other imaging systems). And since smaller companies and startups are often unable to build the sales forces necessary to enter the market in an efficient manner, they shut down before their technologies are brought to market, explains Dustin.

“Larger companies are less likely to accept change,” he says. “Distribution is more difficult to find than capital.”

On a global scale, there is tremendous buyer interest in med tech by Israel, Russia, Japan, China and India, as well as the more mature markets in the U.S. and EU region, according to Dustin. FRG particularly sees fast growth in companies dealing with endoscopy, imaging, bio-pharma, vaccines and devices.

“Many have well-established revenues, most have early-stage revenues and need or want a partner to help accelerate growth,” says Dustin.

M&A highlights 2011/2012
In June, JNJ’s $19.7 billion acquisition of Synthes Inc., a global manufacturer of orthopedic devices, took the trophy as 2011/2012’s blockbuster deal. Synthes and the DePuy Companies of JNJ together comprise the largest business within JNJ’s medical devices and diagnostics segment. DePuy offers a diverse orthopedics portfolio, while Synthes is recognized for its innovations in trauma, spine, cranio-maxillofacial and power tools.
1(current)
2
3
4