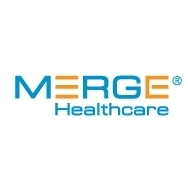 In its press release, Merge said it wouldn't comment further on the move unless some kind of deal or definitive agreement is reached. The Chicago-based company also said it did not have a timeline for anything to take shape, and cautioned that in the end no sale might pan out.

Merge has had a somewhat troubled year. The company split up its imaging and consumer-focused products into two separate operating groups after posting a $1.8 million loss in its first quarter.

Also, in a post cheekily headlined "Merge Healthcare might live up to its name," the Wall Street Journal noted that the company's stocks dropped sharply in the spring, after investors got spooked that a sale of nearly $2.8 million worth of medical kiosks to another company controlled by Merge's own chairman might have made the financials look better than they were.

The company's stocks rose almost 10 percent on Thursday, but were down 28 percent year-to-date.