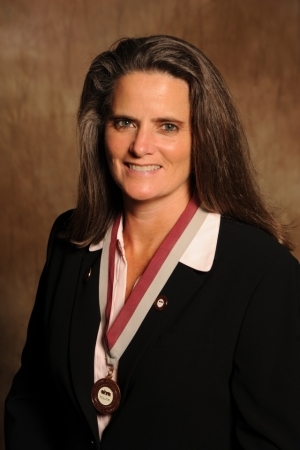 This year, The Association for Medical Imaging Management (AHRA) will hold its 40th Annual Meeting and Exposition. Luann Culbreth, AHRA’s 2011-2012 president, spoke with DOTmed News to discuss her goals for the association, as well as the anticipated high points for this year’s meeting, taking place at Orlando, Fla.’s Gaylord Palms Resort and Convention Center, August 12-15.

DMBN: Tell us about your professional background.

Culbreth: I have always worked in a hospital setting. I started out as a radiological technologist and taught in a radiography program in Atlanta, Ga. I then moved to Dallas, Texas to work for the Baylor Health Care System for 17 years. I quickly moved from a leadership role into a management role, gaining more responsibilities and opportunities.

DMBN: How did you become involved with AHRA?

Culbreth: I attended my first AHRA meeting about 15 years ago. I was just blown away by the quality of the programs, the kinship of the people. It showed me that there are thousands of other people who are in the same boat as I am and we are all learning together. So it drew me in as an organization to be a part of, to watch, to start networking with. When AHRA came out with the Certified Radiology Administrator Program, I wanted to get involved. I developed and took the first CRA exam and fortunately passed it. Shortly after, I joined the Radiology Administration Certification Commission and then became part of the Annual Meeting Design Team. I was then nominated by my peers to be on AHRA’s Board of Directors and elected as a board member in 2008. Two years later, I got nominated to serve as president-elect. Once you’re elected, you serve one year as president-elect, the next year as president and the third year as past-president – it’s a three-year commitment. What I saw 15 years ago has not faded away and it won’t 15 years from now. We keep that vision and that passion alive. I have continued to love giving to this organization.

DMBN: How would you define the association’s role?

Culbreth: We at AHRA want to be that indispensable source. We did a member survey this year and discovered our members want us monitoring regulatory issues that impact their daily lives, but they also want us to provide the resources that address those issues.

Parallel to monitoring issues, what came out of our member survey was expanding knowledge of medical imaging management. We are seeing a lot of leaders in medical imaging expanding their roles as organizations are consolidating and facilities are cutting staff. As medical imaging leaders touch pretty much every aspect of the hospital, we are seeing hospital leaders ask them to take on additional responsibilities and expand their management skills.
1(current)
2