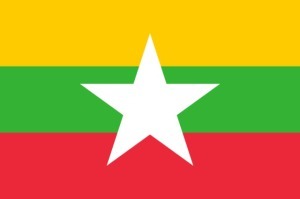 General Electric Co. is going to sell $2 million worth of X-ray equipment to two private hospitals in Myanmar, as the industrial giant is set to become the first U.S. firm to do business with the Southeast Asian country since investment sanctions were relaxed last week, according to Reuters.

The news service reported that GE made the announcement Saturday during a business trip to the country, formerly known as Burma, which had been ruled by a military junta for half a century before elections in 2010 partly restored civilian rule.

As a result of reforms, the Obama administration granted licenses for companies wishing to invest in Myanmar on Wednesday.

The X-ray equipment, for cardiology and topography, will be sold through a local partner, Sea Lion Co Ltd., Reuters said.

However, some region watchers and activists have not been happy with Washington's relaxing of investment sanctions, believing the country is still largely in the grip of military rule.

"The military retains firm control over parliament, stands ready to repress organized dissent and continues military campaigns against ethnic minorities," Michael Green, the former senior director of the National Security Council under President George W. Bush, and an associate professor at Georgetown University, wrote in the Washington Post on Sunday.

In any case, Myanmar certainly could use some more money spent on health care. According to the World Health Organization, using 2009 figures, Myanmar's total health care expenditure per capita was $23. By comparison, for the U.S. it was $7,410.