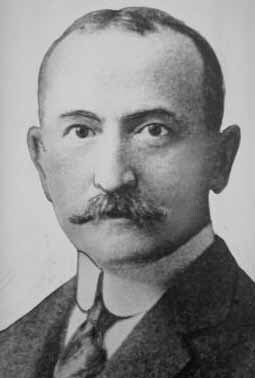 From the March 2012 issue of HealthCare Business News magazine

This month marks 68 years since the death of Dr. Carl Koller. A mere suggestion from colleague Sigmund Freud would lead Koller to discover that cocaine could numb the prickly problems associated with eye surgery. Green with envy at Koller’s quick success, Freud crowned the surgeon with the unfortunate nickname “Coca-Koller.” Although it is now extremely rare for cocaine to be utilized as an anesthetic, due to its addictive qualities and damaging effects on the cornea, Koller is still considered the founder of local anesthesia in ophthalmology.

Picturing 19th century surgery is enough to make anyone’s eyes water. But those doomed to undergo cataract surgery were particularly out-of-luck. 40 years prior to Koller’s discovery, ether and chloroform had been introduced as a general anesthetic. But even with these agents, eye surgery was akin to getting a red-hot needle in your eye for 45 minutes. To top this off, patients usually had to be fully conscious and responsive during this traumatic ordeal. To make the procedure more challenging, this method was known to induce severe vomiting in patients. All in all, not the most efficient means for conducting delicate eye surgery, which was why Koller’s discovery was all the more important.

The Czech-born Koller was a 26-year-old intern and house surgeon at the Allgemeine Krankenhaus (or General Hospital) in Vienna. This is where he began his experiments with cocaine as a local anesthetic in eye surgery, moving from a frog to a rabbit to a dog. Koller’s colleague, Dr. Joseph Gaertner, describes the “historic” moment he witnessed a frog’s eye being touched with a needle after a drop of the cocaine solution had been administered.

“The frog permitted his cornea to be touched and even injured without a trace of reflex action or attempt to protect himself — whereas the other eye responded with the usual reflex action to the slightest touch,” he explained.

After this, Koller took his experiments to the next level and began testing his newfound local anesthetic on humans – in particular, his colleagues. The scientists trickled the cocaine solution into their eyes and then touched pins to their corneas, making dents without the slightest feeling or reflex. And with that, the discovery of local anesthesia was completed, according to Gaertner.

News of Koller’s experiments spread worldwide. Other surgeons soon began testing cocaine as a local anesthetic. Koller prepared a formal address on cocaine for the international Ophthalmological Congress, held in Sept. 1884 in Germany. However, with the travel expense too steep for the poor surgeon, a 49-year-old ophthalmologist, Dr. Josef Brettauer, was chosen as a surrogate to present Koller’s findings at the meeting. As part of his presentation, Brettauer demonstrated the effect of the cocaine solution on a canine’s eye. Koller’s discovery was verified when, after touching the dog’s eye with a forceps, no whimpering, barking or even flinching occurred. The only sound that followed was the audience roaring with applause.
1(current)
2