Letter from the Editor: February 2012 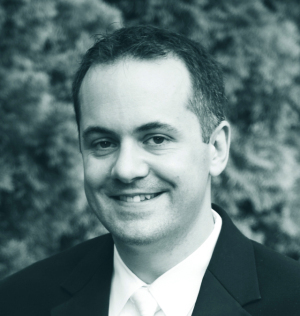 In my November letter, I recounted a story about a co-worker mistakenly telling me I had missed the biggest medical story of the year, if not the century - a cure had been found for cancer. Of course, once I got to the bottom of things, it turned out the truth wasn't so amazing and there wasn't a breakthrough of monumental proportions. But it got me to thinking what the cure would mean - and I stated that it would be unlikely that there would be one blanket cure for cancer.

Since then, I've been reading a review copy of Marcus Wolhson's book, "Biopunk: DIY Scientists Hack the Software of Life." The title may sound a little out there, but it's an interesting read and more importantly, there's a section discussing one scientist's efforts to make a cell that would attract cancer cells, form a vacuole around those cells and then undergo a cellular explosion, destroying the cancer cells. It's more than just a theory - he has accomplished this in a Petri dish. The human body is of course, a much more hostile environment than a Petri dish, but it still provides hope that I may be wrong about a blanket cure for cancer being unachievable - and I don't think being wrong would ever feel so good.

Even if it does come about, patients will still need treatments to get the cure and that's where some of the technology we're covering in this issue lends a hand. From electronic medical records, to PACS and more, health care doesn't end in the exam or operating room. The updates to patient care and tracking of that care is impressive and we cover a lot of those updates here. The Health IT industry is booming and the sophistication of the software is light-years ahead of where we were just a few years ago.

For example, hospitals in the United States are making progress to update to the International Statistical Classification of Disease and Health Problems 10th revision (ICD-10). According to HIMSS president Stephen Lieber, the difference between ICD-9 and ICD-10 is mind boggling (see interview on page 32).

Meanwhile, new options for PACS and the growing culture of cloud computing and data storage is helping to make warehouses filled with patient files a thing of the past (see page 22).
In all, technology is helping to create a better patient record and ultimately better care, there's just a bit more groundwork to be done before we really get rolling. But DOTmed Business News will continue to keep you in the loop on that progress and we welcome any comments or suggestions that will allow us to provide the information you want the most.

My interviews with Dr. Ron Chiarello and Mike Machuca