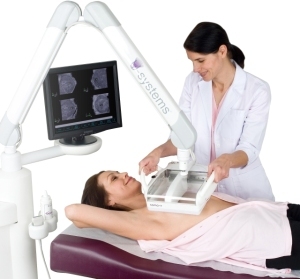 For years, Nancy Cappello did everything by the book to stay healthy – she maintained a balanced diet, exercised regularly and was diligent about getting an annual mammogram.

“I believed that if I was being a faithful patient and having my screenings as was recommended by the medical community, if I ever got breast cancer, it would be caught early,” she says.

In late 2003, Cappello’s mammogram found no cancer. But just a few months later, her physician felt a “thickening” in her right breast during a routine gynecological visit. She sent Cappello for another mammogram, this time, coupled with a diagnostic ultrasound.

Once again, the mammo exam found nothing, but the ultrasound revealed a 1-inch mass that turned out to be cancerous. Cappello got the diagnosis no one wants to hear.

“Within a month, I found myself in surgery having a single mastectomy,” she says. “I ended up with an advanced stage cancer because it spread beyond my breast to the lymph nodes.”

Cappello underwent a breast reconstruction, eight chemotherapy treatments and 24 radiation treatments. Out of the 18 lymph nodes that were removed, 13 were cancerous.

Given her dedication to regular screenings, Cappello was shocked by the disease and asked her breast surgeon how the cancer could have gone undetected for so long. That’s how she learned she had dense breast tissue. “That was the first time I ever heard that term,” says Cappello. “I never knew what it meant to me.”

Motivated by her experience, Cappello founded Are You Dense, a nonprofit organization focused on educating women about dense breast tissue and its role in the early detection of breast cancer.

In the medical community, the association between the likelihood of breast cancer and tissue density is well established. A 2007 study published in the New England Journal of Medicine found that breast density increases cancer risk by as much as four to six times and mammography alone fails to detect 35 percent of cancers in women with dense breast.

But on the patient side, advocates like Cappello believe that many women are left in the dark about breast density as a risk factor. Her nonprofit describes breast density as the “best-kept secret” of mammography’s limitations in cancer detection when used alone for women with dense tissue.

Read more stories from the May 2011 issue