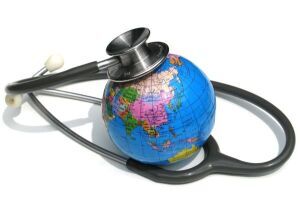 When Jean S. of Long Island, New York decided to undergo Lasik eye surgery, she felt more comfortable traveling across the border to Canada where doctors had performed several thousand procedures. Local New York doctors had only done a few hundred because in 2002, the surgery was fairly new to the area, said Jean.

Living at the time in Central New York, Jean and her husband traveled about two hours north into Ontario, Canada for the procedure. She wasn't covered by insurance but was able to use her medical Flex account to cover the costs.

"[My experience abroad] was excellent," Jean told DOTmed News by e-mail. "The doctors and offices were incredibly efficient and kept us very well-informed of everything related to the surgery. The procedures and recovery were exactly as we had been told."

Lasik surgery is a relatively minor procedure in terms of recovery and travel limitations. Jean drove into Canada on a Friday, underwent the operation the next morning and drove back to New York with her husband Sunday afternoon.

Jean's major concern was regarding post-surgery complications, she said.

"But we were assured that a local doctor would be able to assist in an emergency situation," she said.

"Even the handful now issuing figures are often at great pains to give encouraging news for 2010, while referring back to 2007 or earlier for comparisons. It is as though 2008 and 2009 figures have been wiped from the collective memory," according to an article published in the International Medical Travel Journal.

The industry was worth $60 billion in 2006, and according to a report from McKinsey & Company, a global management consulting firm, it may hit $100 billion by 2012. But when it comes to numbers in medical tourism, some experts say they're a hard thing to judge.

"It's a very difficult question to answer," says Wouter Hoeberechts, CEO of WorldMed Assist, when asked how much the medical tourism industry is worth. "Large consulting companies looked into this, and estimates vary widely. It's partially a definition problem. It's partially a methodology problem. Some people include outpatient, others do not. Some research includes close to the border, between Texas and Mexico, some do not."
1(current)
2
3
4
5
6
7