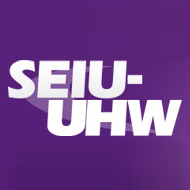 The two-day count of mail-in ballots showed 61 percent of employees supported SEIU-UHW, with 37.8 percent voting for NUHW and 1.2 percent in favor of no union. The results were announced Thursday.

The election results come after months and months of heated debate between SEIU-UHW and NUHW, which was created after officials in SEIU-UHW were ousted for allegedly "misusing the union's dues," SEIU-UHW spokesman Steve Trossman told DOTmed News in August. But NUHW said those elected officials were using the funds to protect union members from SEIU attacks, in what has become a he-said-she-said dispute.

NUHW and its members say the election was unfair and are calling for a new one. The group argues that SEIU-UHW threatened members' livelihood if they didn't vote for the incumbent union, in part by withholding raises from workers who had already joined NUHW.

But SEIU-UHW said it had no part in withholding the raises, that it was the employer, Kaiser Permanente's decision. The employer took the position that those in NUHW were not eligible for those raises, Trossman told DOTmed News on Friday.

"[NUHW] pulled people in when they organized during the campaign in January and said that nothing would change, and that's not true," he said. "When you vote to change unions, the contract becomes null and void, and it has to be re-bargained."

"It's a risk you take when you switch unions because you have to re-negotiate the contract," he added. "That's exactly what we told people, which is the law and the truth. You can make up your mind whether to take that risk. An overwhelming number [of employees] were happy with their contract and didn't want to risk it."

In fact, said Trossman, Kaiser made the decision to withhold raises to NUHW members two months before the election was filed.

NUHW filed unfair labor practice charges with the National Labor Relations Board, but results may not come for months or even years, said Trossman.

An NUHW spokeswoman told DOTmed News by e-mail that SEIU changed its language slightly regarding raises and re-negotiating the contract once the NLRB began taking action on the issue.

"But for months, SEIU consistently told workers that if they vote NUHW...their contract becomes instantly null and void, that Kaiser would not have to pay them their scheduled raises, which is required by federal law, and that their benefits would not be protected," the spokeswoman said.
1(current)
2