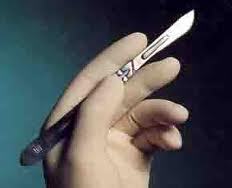 A California law will seal autopsy records of children who were murdered. Gov.
Arnold Schwarzenegger signed the bill Thursday.

According to Hollingsworth, SB 25 -- the Deceased Child Victims' Protection and Privacy Act -- was introduced on behalf of families of child victims who had been murdered, in order to protect their privacy. After well-publicized accounts of children's cases, several public record requests have been made to view the autopsy reports.

The Legislative Counsel commentary within the act states that the California Public Records Act allows public records to generally be open to public inspection. The bill provides for an exception to that law. When a minor is killed as a result of a criminal act and a person has been convicted of the crime and sentenced, a family member may request that the autopsy report and evidence associated with the examination of the victim in the possession of a public agency be sealed. The law does still permit access for law enforcement agency and related officials during criminal proceedings.

The legislative findings in the act point out that the emotional pain suffered by the families of victims is relieved through the criminal proceedings related to the case, and serve as a troubling reminder of the suffering the victims endured. In particular, the autopsy report contains "the details of a loved one's last experiences in this world."

"I am very pleased the governor shares the view that there is simply no convincing public interest in the broadcasting of lurid autopsy documents that should prevail over the rights of a family to keep private the final, desperate moments of their child's life," Hollingsworth said in prepared remarks. "These families who have endured such horrific tragedies shouldn't be victimized a second time by the public airing of these autopsy reports."