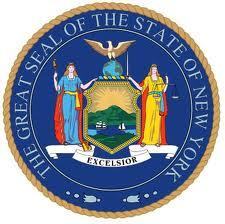 A bill waiting for New York Gov. David Paterson's approval would require the state Commissioner of Health to hold a public community forum within 30 days of a hospital closing, to obtain public input in determining the anticipated impact upon the surrounding community.

S.7483, the Hospital Closure Planning Act, would not directly affect the closing of the hospital, but would require the state Department of Health to take action regarding negative impact on community access to services. In the public forum, proposals will be allowed on how the impact can be ameliorated, including for the uninsured and underserved populations in the surrounding community. Following the forum, the commissioner would be required to publish public information on the anticipated impact and the specific measures taken or planned to be taken regarding the impact.

State Senator Shirley L. Huntley (D-Queens) and Assemblyman Rory Lancman (D-Queens) sponsored the bill in the Senate and Assembly. In a public press conference, Lancman said that the bill was drafted in light of concerns about the State's lack of effort to plan for how the health care needs for people serviced by closing hospitals would be met. The legislators had negotiated extensively with Paterson after he had vetoed a similar bill last year. Paterson has not guaranteed he would sign the bill, but Lancman expressed hopes he would do so.

"We feel if there is going to be a closure, the people should know," Huntley said in prepared remarks.