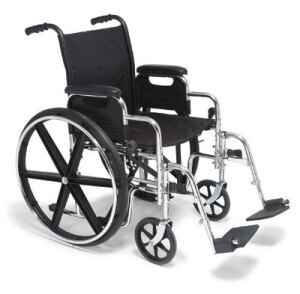 The House Committee on Energy and Commerce, Subcommittee on Health held a hearing on Wednesday on Medicare's Competitive Bidding Program for Durable Medical Equipment, Prosthetics, Orthotics, and Supplies.

The hearing was to consider the conception and implementation of the competitive bidding program and the Round 1 rebid, as well as the effects on patients, providers and suppliers.

CMS conducted the competition for the round one rebid in 2009, and in July 2010, CMS announced the payment amounts for each product category and commenced a contracting process with the initial batch of winning suppliers. Final contracts and lists of suppliers for each product category in each MSA will be announced in the fall. Contracts take effect on January 1, 2011, for a three-year period. While many hail the bidding program as a necessary means to reduce the growing costs of Medicare, DMEPOS suppliers have raised concerns over the effect on patients and ineffectiveness of the program. (See DM 11051, an interview with the Accredited Medical Equipment Providers of America, for details on these concerns.)

Daniel Levinson, Inspector General of the U.S. Department of Health and Human Services, was one of the government witnesses testifying at the hearing.

Levinson discussed the Office of Inspector General's efforts to combat health care fraud, waste and abuse, as relating to medical equipment and supplies. Levinson detailed Medicare enrollment standards that still have vulnerabilities to fraudulent suppliers who are participating in the system and defrauding Medicare. He described a particular case in which an individual used street gang members to pose as nominee owners of fraudulent DMEPOS companies.
1(current)
2
3