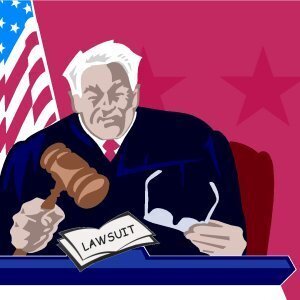 A bone mill-maker is taking medical technology giant Medtronic to court over what it alleges are anticompetitive practices.

In its federal complaint filed in the U.S. District Court, District of Colorado, Lexox claims that Medtronic's behavior "irreparably damaged the market" and destroyed Lenox's ability to successfully market and sell its own bone mill.

Lenox says that significant interest was garnered for its mill with medical professionals through the loans, but at the same time Medtronic was also developing a competing and more expensive bone mill. According to the complaint, the Medtronic bone mill is 25 times more expensive.

After the agreement was terminated in 2006, Medtronic then allegedly tried to initiate a recall of the Lenox bone mill with the U.S. Food and Drug Administration, and then marketed its own Midas Rex Legend bone mill for sale as an alternative. Lenox says that in November 2006, the FDA independently investigated and tested the Lenox MacLaren Bone mill and concluded that the device was not defective.

Lenox claims that Medtronic had to destroy Lenox's reputation in order to introduce its own instrument into market. The complaint states that Lenox's own product, which the company says is commercially and professionally more desirable, has been eliminated from the marketplace and unable to compete with Medtronic, which has an estimated 70 percent share of the surgical bone mill market. Lenox is asking for monetary damages in the suit.

This isn't the first time Lenox has sued Medtronic. Officials with the company told Pioneer Press that the suit resembles a 2007 case that was dismissed earlier this year.

Before getting dismissed, the case went to an arbitration panel, according to the paper, which sided with Lenox on one of about a dozen claims, awarding the company around $321,870 in damages.

A Medtronic spokesman told Pioneer Press the company doesn't comment on "pending litigation," but that there doesn't seem to be "anything raised that was not already resolved in the first case."

We’ll be talking more about fixing interoperability with AI in 2020. Here’s why.