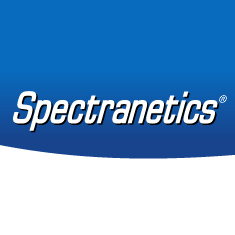 Former execs indicted
Three former Spectranetics executives--George John Schulte, Obinna Adhigije, Trung Pham and BAC representative Hernan Ricaurte have been named in a federal indictment in the District of Colorado. The indictment has 12 counts relating to illegally importing medical devices without FDA approval, providing the devices to physicians to use for patients, and promoting the products for procedures without FDA approval. Spectranetics had resolved a related civil case in December as DOTmed previously reported.

Spectranetics Corporation of Colorado Springs, CO, manufacturers medical lasers and related devices including intravenous sleeve catheters that contain the lasers. The lasers are used to perform atherectomies to clear plaque from arteries or for vein grafts. Schulte was chief executive officer, Adhigije vice president of business development and Pham business development manager of Spectranetics. Ricaurte was a representative of BAC, a Florida consulting firm.

According to the indictment, from January of 2004 to October 2008, the defendants allegedly conspired, aided and abetted each other to import medical devices into the U.S. by false declarations regarding the description, value or uses of the medical devices. The devices were alleged to be adulterated and misbranded because no approval or clearance had been obtained from the Food and Drug Administration (FDA). The medical devices in question were also allegedly promoted for unauthorized use (for in-stent restenosis). The defendants are also accused of concealing their conduct from FDA and Department of Homeland Security investigators. The products in question were Percutaneous Transluminal Angioplasty balloons from the Bavaria Medizin Technologie company in Germany, and catheter guide wires from Future Medical Design Co., Ltd. in Japan. The indictment says the unapproved balloons and guide wires were later implanted in patients.

"Today's indictment sends a clear message that the FDA will investigate those individuals who jeopardize the public health by importing and distributing unapproved and uncleared medical devices to U.S. consumers," said Patrick J. Holland, Special Agent in Charge, FDA - Office of Criminal Investigations, Kansas City Field Office, in a press release from the U.S. Attorney in Colorado. "The Office of Criminal Investigations thanks the U.S. Attorney's Office and our law enforcement partners for their thorough investigation and prosecution of this matter."