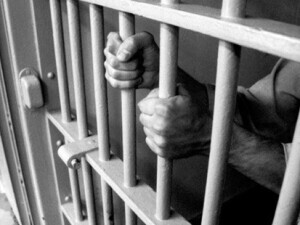 A motion to approve a class-action settlement has been filed in federal court, Eastern District of Wisconsin, which may resolve allegations of medical neglect in a Wisconsin women's prison.

The suit was filed in 2006 by the National Prison Project of the ACLU Foundation and Illinois-area attorneys on behalf of female prisoners.

The suit alleged that the Taycheedah Correctional Institution (TCI), a maximum security facility housing over 700 female inmates, had inadequate medical, dental and mental health care, in violation of the Eighth Amendment's prohibition of cruel and unusual punishment. In addition, the suit alleged that the lack of an inpatient psychiatric treatment facility for women constituted an equal protection violation, and that the facility denied prisoners with disabilities access to the prison's services, programs and activities due to their disability status.

The original complaint in the case stated that medical care in the Wisconsin prison system has been in a "state of crisis" for years, and cited a National Institute of Corrections report in 2002 detailing numerous problems in the Wisconsin prison system. The complaint alleges that TCI consistently has the highest ratio of prisoners in a state institution with at least one chronic illness. According to the complaint, TCI's problems include dysfunction in carrying out health services, severe shortage of health care staff, deficient sick call and follow-up process, inadequate women's health care, long term care, dental care and mental health care.

According to documents filed in the case, the parties had been negotiating and mediating the matter, reaching a final agreement on substantive claims and fees by early August. The motion is awaiting approval from Judge Rudolph T. Randa. The provisions of the proposed settlement agreement include:

--Parties will jointly retain Dr. Marc Stern to serve as an independent correctional health consultant who will develop a set of compliance indicators to determine TCI's ability to meet certain performance goals;

--Continuation of the court's previous preliminary injunction requiring that defendants employ nursing staff (with credentials greater or equal to those of licensed practical nurses) in place of correctional staff to administer medications to prisoners;

--Construction and initiation of services at the Wisconsin Women's Resource Center;

--Accessibility accommodations such as sign language interpreters, reading assistants and increased telephone access for prisoners with hearing and/or sight impairments.