Federal judge allows U.S. to be a party in St. Jude whistleblower suit 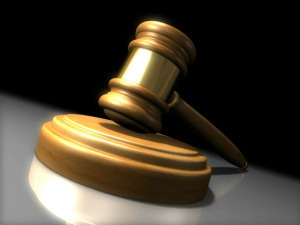 Government intervention
in St. Jude whistleblower case
Federal Judge Douglas P. Woodlock of the District of Massachusetts has granted the U.S. government's motion to intervene in the case of U.S., ex rel. and Charles Donigian v. St. Jude Medical, Inc. The government will now be a party to the qui tam, or "whistleblower" lawsuit. St. Jude, Inc. of St. Paul, Minn., is a manufacturer of pacemakers and other heart medical devices.

Donigan brought the original action alleging that St. Jude used post-market studies and device registries as means to pay physicians illegal kickbacks for using its products. The payments are the basis of the defendant allegedly filing false claims to federal programs in violation of federal law.

The government's motion to intervene stated that the government had been investigating St. Jude for several years regarding the post-market studies. While declining to join the suit last year, the government's investigation is now completed after interviewing additional witnesses and reviewing additional documents. Therefore, the motion said, the government now has "good cause to allege that St. Jude caused the submission of false claims by using four post-market programs--the AWARE, ASSIST, and HOUSECALL PLUS studies, and the ACT registry--as kickback vehicles." The government will now take over the suit concerning those four programs and will be filing its own complaint in the case this month.

According to the most recent amended complaint, plaintiff Charles Donigian was employed by St. Jude Medical, Inc. as a technical service specialist from 2004 to 2007, and had notified the company of alleged misconduct. The complaint claims that St. Jude had allegedly paid health care professionals fees for phony post-market clinical research studies, and allegedly paid the professionals through gifts, travel, vacation, sports tickets and other inducements.

The judge also dismissed a motion to dismiss the action brought by St. Jude.