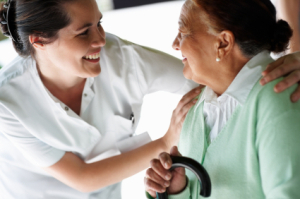 Settlement reached Thursday
After months of negotiations and the biggest strike in nursing history, Minnesota's Twin Cities nurses and their hospitals have reached a settlement of the labor agreement, according to an announcement sent to DOTmed News.

The city's 12,000 nurses and its 14 hospitals have been butting heads since March over patient-to-nurse ratios in place at the health care facilities.

On June 10 the nurses held a one-day strike against the hospitals. The hospitals called in temporary replacement nurses and were adequately staffed during the 24-hour period.

Last week the nurses approved an open-ended strike, which was scheduled to start July 6 if agreements could not be made.

The contract settlement is subject to approval by the Minnesota Nurses Association's nurses, but the union's negotiating team has "agreed to favorably recommend the settlement for ratification," according to the announcement. The nurses and the hospitals have agreed to work through the staffing issues raised by both parties through the existing committee systems at the 14 hospitals.

Calls to representatives from the hospital and union were not returned.