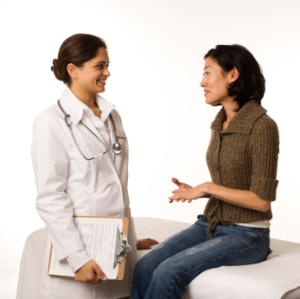 Physicians may need to get used to the newer guidelines that recommend less frequent screenings, said Mona Saraiya, author and medical epidemiologist for the Centers for Disease Control and Prevention's cancer prevention and control division.

The American Cancer Society (ACS) and the American Congress of Obstetricians and Gynecologists (ACOG) recently changed their annual screening recommendations for women age 30 and older to have a screening every three years, if they've had three consecutive normal Pap tests.

David Soper, professor of obstetrics and gynecology at the Medical University of South Carolina, said he was not surprised by the study's findings.

"The guidelines just came out, and it takes a while for guidelines to filter out from the societies that end up recommending them to actual practice," he said. "I think this takes several years."

Also recommended for women age 30 and older is testing for HPV, which is the virus that can cause cervical cancer. This test can be done simultaneously with a conventional Pap test, explains Saraiya. Generally, the test is used as a follow-up test if Pap results are abnormal, but lately it has been used as a screening test.

Saraiya and her team of researchers, including the National Cancer Institute (NCI) surveyed 1,212 primary care physicians, of which 950 performed Pap tests and had recommended the HPV test for their patients. Clinicians surveyed included general practitioners, family practitioners, obstetrician-gynecologists and general internists.