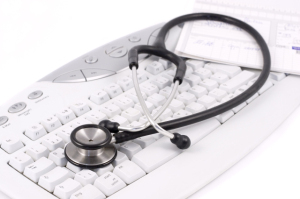 Electronic records speed intervention
Electronic health records, or electronic patient records (EPRs), as they are called in the United Kingdom, "dramatically" increased the speed of the Chlamydia treatment process in a study published Wednesday in the journal Sexually Transmitted Infections.

"I've been an advocate of EPRs for many years, and I expected that there would be a large efficiency accruing from EPRs," Brook told DOTmed News. "I felt I had to prove [their efficiency and effectiveness] to other people."

After the introduction of EPRs, the average time taken to treat a patient after a positive Chlamydia test decreased by 11.5 days to 3.5 days, according to the report. And, the proportion of patients treated within two weeks of a positive result increased from 38 percent in 2007 to 94 percent in 2009.

"The degree of improved efficiency surprised me," said Brook. "I didn't think it was going to be that good."

The increased speed of notifying patients of test results, thus starting treatments earlier, is attributed to the fact the EPRs are more organized and leave less room for error, the reports conclude. This is highlighted especially when it comes to calling patients with test results. In many cases, the paper records had inaccurate contact information. Letters sent by snail mail as a way to reach patients slowed the process even more.

"Theoretically, EPRs are more efficient to use than paper-based records for recall due to instant access and the use of fail-safe mechanisms, which ensure better patient contact information," the researchers wrote.

"In paper records, you leave it entirely to administrative staff to make sure telephone numbers are up to date," said Brook. "What we find is that when patients come in and are asked about their telephone number, for some reason they often don't give an updated telephone number."

Using EPRs speeds up the process by cutting out three of the clinic's steps to treat patients, including requests to reception to find patients' notes, notes sought by reception and notes returned to the health adviser. Now, after positive results are received, the clinic can immediately contact the patient either by phone or letter, using up-to-date, electronically filed contact information.
1(current)
2