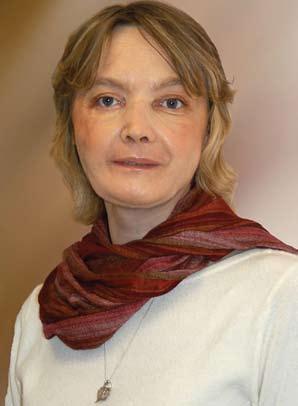 Isabelle Dinoire's life went from what she had considered bad, to what anyone would consider much, much worse in May of 2005. While the French woman was unconscious after overdosing on sleeping pills, she was mauled by her Labrador Retriever, Tania. There have been suggestions that Tania ended up mauling Dinoire after frantic attempts to wake her unresponsive owner by pawing and ultimately biting her. Regardless of the dog's motives, extensive damage was done leaving her to wake missing her lips and parts of her nose, chin and cheeks.

Doctors offered her the opportunity to rebuild her face by providing a functional substitute from a donor. There were questions whether the surgery could be successful - 10 years before, a little girl's face was successfully reattached after a horrible accident. But this case was different since it wasn't a question of reattaching, but replacing by grafting another's face on to the patient - in essence, introducing a foreign organ to a potential onslaught from an unwelcoming immune system.

The operation took place on November 27, 2005 at the Centre Hospitalier Universitaire Nord in Amiens, France. The donor face was removed from a brain-dead 46-year-old woman. The surgery and additional prep work were performed by Dr. Jean-Michel Dubernard, Dr. Bernard Devauchelle and a team of surgeons. The operation was a success and made Dinoire the first person to ever receive a partial face transplant.

Although the operation was successful, it still held its share of challenges. Like any transplant from a donor, there is always the risk that the recipient will reject the organ - or in this case, the face - received. Often, the potential complications from a recipient's body rejecting donor tissue can be more dangerous than the surgery. In an attempt to avoid the new face being rejected and to familiarize her immune system with the donor's tissue, surgeons implanted bone marrow cells from the donor into Dinoire. They also put her on immunosuppressants which she will need to stay on for the rest of her life.

Still, her body almost rejected the transplant on a few occasions. The first close-call occurred less than three weeks after the surgery and the second seven months later.

Another issue has been the psychological toll. In addition to the extensive media coverage she received following the operation, Dinoire, who was already in a sensitive state of mind, will see a stranger's face every time she looks in the mirror.

Other issues have been raised with some experts questioning the level of care Dinoire is giving to the donor's gift. Reports that she is still smoking have surfaced - a questionable practice for someone having undergone an operation as extensive as this. Others have questioned the wisdom of providing donor organs to someone who may have attempted suicide and may potentially crack under the media scrutiny that accompanies incredible medical firsts.

On the flipside, Dinoire receives therapy to help her get accustomed to her new features and to rehabilitate her facial muscles to better serve her.