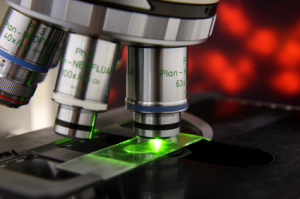 Bringing standards to
an important scientific discipline
The U.S. Senate Committee on the Judiciary recently held a further hearing on problems in forensic science. The hearing continues the investigation from March of this year on the standards of forensic science, which focused on a February National Academy of Sciences (NAS) report detailing the need to establish and enforce best practices in forensics. That report had noted problems in labs including lack of strong scientific research, adequate resources and support, and lack of a unified regulation of crime labs and practitioners.

Chairman of the Committee Senator Patrick Leahy (D-VT) began the current hearing by acknowledging the importance of the scientific advancements developed through forensics, including the ability to demonstrate criminal guilt or exonerate those who are innocent of crimes. "We need to do all we can to ensure that forensic science rises to the highest scientific standards and has the maximum possible reliability," Senator Leahy said.

The senator then pointed out that the Committee has continued to hear information about severe problems in the field, even a case of a possibly innocent man executed due to a conviction based in part on forensic testimony and evidence. (It was the case of Cameron Todd Willingham, executed in Texas in 2004, whose trial for arson-murder involved forensic evidence and interpretation of alleged arson indicators). Senator Leahy recognized the recent Supreme Court decision of Melendez-Diaz vs. Massachusetts, which held that forensic examiners must present their evidence in court and be subject to cross-examination, rather than just submitting reports of their findings.

Senator Leahy also described the disparity between television's "CSI" effect--implying that all forensics are infallible and well-funded, when in actuality (according to statistics from the Department of Justice) the backlog of forensic exams in 2005 was up 24 percent from just three years earlier. In addition, one out of every five labs does not meet National Academy of Crime Lab Director standards for accreditation.

Senator Russell Feingold (D-WI) also discussed problems in the field including scandals in crime labs and unsupported scientific conclusions being presented at trial by expert witnesses. Ironically, Sen. Feingold explained, DNA testing--one of the most reliable of forensic tests, has exposed the flaws of other areas of forensic science. In spite of that fact, Feingold said jurors still place inordinate weight on forensic evidence in the courtroom, even when not reliable.
1(current)
2
3