by Lauren Dubinsky, Senior Reporter
When most people think about radiation therapy or imaging facilities, the capital equipment inside is probably one of the first things that pop to mind. The shield, which contains the radiation, is out of sight and quite possibly out of mind. HealthCare Business News spoke to shielding experts, who say the design planning for a new center needs to prioritize shield considerations in order to prevent expensive problems down the line.

“When the process considers the shielding as a detail that can be handled later in the design phase, there usually isn't the focus or understanding of what the shielding requirements could entail,” said Rick LeBlanc, president and CEO of NELCO Worldwide. “Shielding solutions can be at times costly and require significant space and structural considerations.” 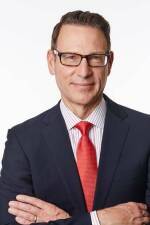 Rick LeBlanc
The shielding requirements for cancer treatment radiotherapy facilities can be particularly extensive with some walls and/or ceilings requiring up to eight feet of shielding. Door systems could weigh up to 30,000 pounds, and final shielding systems for a single room can exceed 1.5 million pounds.

“I think they could achieve the same goal and save a lot of money if [shielding] is thought about right in the first planning phases, even when selecting a facility,” said Bryan Bordeman, operations manager at Global Partners in Shielding.

Using the example of two buildings that cost the same amount, one with built-in foundational walls made of 12-inch thick concrete and the other with a glass facade, Bordeman explained that it’s going to cost a lot more to shield the latter.

The first mistake that many facilities run into when designing radiation shielding is not reaching out to shielding experts from the get-go, according to Paul Rochus, business development executive at MarShield Radiation Shielding.

“By involving a radiation shielding expert in the design phase, you can be introduced to new shielding products or be warned about common design flaws in a particular shielding design,” he said.

Selecting a contractor that has experience with these types of projects is also important, added Bordeman, who cautioned against choosing the cheapest contractor over the one who can provide the best value — a mistake he’s seen facilities make. 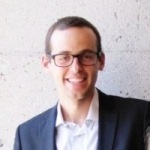 Paul Rochus
“They’ll pick the cheapest contractor even if they don’t have any experience with putting one of these facilities in,” he said. “In the long run, it ends up costing them three times as much because they have to take things down and redo them.”

Part of the early insight that a shielding expert can bring to the table involves deciding where in the facility to place the equipment. This is a critical decision when it comes to determining the shielding needs moving forward.

“If you have two pieces of equipment and could share a wall, you’re going to save on shielding,” said Bordeman. “If you could use an exterior wall because it has concrete, you can certainly save some cost here too.”

If you were to place that same piece of equipment in the middle of the facility, you’re going to need more shielding, depending on the level of occupancy around the room. With regard to PET/CT, it’s especially critical to consider how patients are going to flow through that whole suite and what shared walls you have. 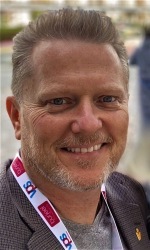 Robert J. Farrell
“A seemingly simple change from locating the treatment room on the east side of the building to the west side can have significant impact to the shielding and overall cost,” added Robert J. Farrell, CEO of Veritas Medical Solutions

One way to ensure the best layout for the best and most economical site design is to conduct a feasibility study with a team that includes a shielding expert, physicist, oncologist and architect.

“Probe these issues and others as they relate to available space, departmental flow, etc.,” said Farrell. “With these early studies and with accountability, projects can be efficiently and successfully executed.”

Shield success hinges on door technology
In a perfect world, a shield would be one unbroken and seamless guard. Of course, if that were the case then there would be no way to get in or out of the room. That’s why doors are of critical importance when designing a suite that will use ionizing radiation — particularly a radiotherapy facility, where much higher doses are going to be used.

In the past couple of years, shielding companies have come out with a variety of new high-tech solutions to improve shielding function around entryways.

For the very cutting-edge facilities offering MR-guided linear accelerator cancer treatment,
NELCO offers a unique door system that provides shielding for both MR imaging (radiofrequency) and radiation. Prior to the NELCO DUO Door, facilities needed two shielding door systems in these rooms and had to account for other design challenges.

“The DUO door eliminates the maze and utilizes a direct entry vault, creating a better patient experience and increasing efficiency for the technicians, while improving patient throughput by shortening the path to access the equipment,” said LeBlanc.

This past year, NELCO also released a new generation of its Guardian Proton Doors, which ensure the safety and functionality of doors in the proton therapy setting. The systems feature major mechanical, electrical and safety enhancements to the motion and drive systems of the doors. 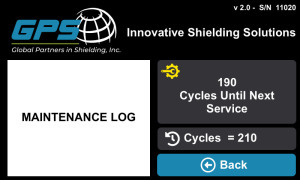 Global Partners' Touchscreen Access Control Door
“The door system is one of the facilities' most important pieces of equipment — just as important as the proton equipment,” said LeBlanc. “If either isn't working, you can't treat patients, and maintaining maximum uptime is always a priority.”

“Customers didn’t know when to service their doors, so they would wait until the doors break and then call us to fix it instead of annually scheduling service,” said Bordeman. “With this, they can monitor their door and know what’s going on in real-time.”

This product alerts the user when maintenance needs to be scheduled and keeps a history of all the maintenance that has been done on the door, including the date, time and number of cycles. Users can also lock the doors using a keypad that’s built into the touchscreen display.

NELCO’s Einstein Door Control System is a touchscreen display for the company’s Guardian doors that enables users to control position, stop points, and opening and closing of the doors, as well as providing safety status, history and service information.

Selecting the right materials for the job
It’s common knowledge that lead is toxic when ingested, but facilities continue to go with that option because it’s cost-effective and easy to install. Not all experts agree on the ideal shielding material for radiation, but there is a consensus that lead continues to occupy a seat at the table.

Global Partners makes things even more affordable by offering lead-rolled shielding as an alternative to the lead-lined approach. Lead-lined sheetrock is big and bulky and it’s a lengthy process to manufacture and install it. It can take up to two days to shield a room with this approach, but Bordeman said the lead-rolled method gets the job done in as little as a few hours.

Bryan Bordeman
“We omitted the sheetrock and we just hang the rolls on the wall, which makes it easy to cut out the outlets and all that because everything is done after the fact,” he explained.

Lead alternatives include newer materials, such as polymers infused with tungsten, bismuth and iron. Earlier this year, MarShield launched a lead alternative material called Nanotek that can be purchased at roughly the same price point as lead.

“This is designed to be competitive in terms of pricing with lead,” said Rochus. “Previously, customers had to pay an increased price if they wanted lead-free radiation shielding.”

Nanotek comes in two models: the XYZ model is similarly priced to lead and the RSM is a lighter and more expensive material. Both are typically available as rolls and can be used in everything from walls to cabinets.

NELCO’s LeBlanc believes that lead “has been and continues to be a very viable shielding solution,” noting that companies working with this material should have quality control procedures and comprehensive environmental, health and safety practices and protocols in place.

However, he stated, the best solution for a project often involves several shielding materials rather than just one. This decision is contingent on site-specific requirements based on fit, shielding requirements, structural considerations, modularity and price. Generally speaking, the denser a shielding material is, the more expensive it will be.

“There are times when a single shielding material is the best solution and other conditions where a composite is the more optimal approach,” said LeBlanc. “If the site conditions allow for a specific amount of space to design and install a shielding solution, the objective is to utilize the lowest cost materials to solve the radiation shielding requirements.”