by Lauren Dubinsky, Senior Reporter
MR imaging has a well-established reputation for shedding light on a wide range of medical conditions, but as technology becomes more sophisticated it allows for promising new capabilities. The detection of breast cancer and prostate cancer may drastically improve as more physicians use MR to screen certain patient population and 7T MR is making a big splash in multiple sclerosis (MS) research.

The pros and cons of breast MR
The value of incorporating MR into the breast cancer screening regime has been a subject of debate for years. There isn’t a clear-cut answer, but new research is zeroing in on the patient populations that can benefit the most from this modality.

Researchers at the University of Toronto published a study in July that found that annual breast MR screening alone may be more beneficial for women who received thoracic radiation to treat Hodgkin’s lymphoma (HL) as a child. The current guidelines in Ontario call for annual mammograms and MR exams for these women starting at age 30. 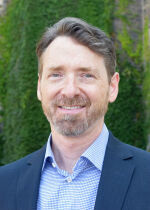 Dr. David Hodgson
Dr. David Hodgson, professor in the department of radiation oncology at the university, explained that there is some evidence that mammography can detect ductal carcinoma in situ (DCIS), which are pre-malignant (and non-fatal) breast lumps often missed by MR.

Research like this is important because many female survivors of HL are unaware that they should start breast screening early with MR, and many primary care physicians are also unaware, said Hodgson.

“There are knowledge gaps among stakeholders that likely keep some women from having appropriate screening,” he added.

A study presented at the 2018 annual San Antonio Breast Cancer Symposium found that breast MR is also beneficial for another specific subset of young women. Starting at age 30, women who have mutations in their BRCA1 or BRCA2 genes should receive two MR breast exams every six months instead of an annual mammogram.

But the obvious downside of MR is its high cost — 27 percent of the patients withdrew from the study within five years because of that. Fortunately, the researchers believe that more research into this could result in more affordable coverage for breast MR screening for these women.

Aside from its cost, breast MR may have another downside. A study published in June 2019 reported that having breast cancer survivors undergo breast MR exams may result in unnecessary biopsies.

Furthermore, the study found that there was no difference in sensitivity or specificity when comparing mammography screening alone combined mammography and breast MR screening. 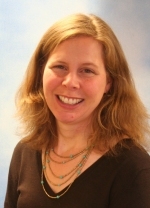 Dr. Karen Wernli
Contrast-enhanced breast MR exams illuminate where blood vessels are occurring and indicate areas of growth that could be unexpected, which is one of the hallmark features of breast cancer, according to Dr. Karen Wernli, associate investigator at Kaiser Permanente Washington Research Institute and an affiliate associate professor of health services at the University of Washington School of Public Health.

“I think radiologists could speak better to their experience with breast MR images, but from listening to them, I understand that these features would indicate additional recall for evaluation for breast cancer,” she added.

The current guidelines call for annual mammograms to screen for second breast cancers, but a growing amount of breast cancer survivors are opting for breast MR screening as well. The addition of breast MR led to twice as many biopsies for the women participating in the study, so more screening might not always be better. 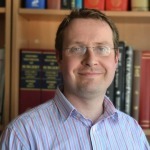 Dr. Richard Bryant
“The use of pre-biopsy MR in clinical pathways to detect prostate cancer is a very topical area of current active research, with recent high-impact publications demonstrating its benefit, along with its recent recommendation in several national clinical guidelines,” said Dr. Richard Bryant, associate professor of urology at the Nuffield Department of Surgical Sciences at the University of Oxford and the department of urology at Churchill Hospital of Oxford University Hospitals NHS Foundation Trust.

Bryant and his team conducted a systematic review of seven randomized controlled trials that included a total of 2,582 patients. These trials demonstrated that pre-biopsy MR combined with targeted biopsy may improve the detection of clinically significant prostate cancer and reduce biopsy costs per procedure.

In a conventional ultrasound-guided needle biopsy, the procedures are performed without any specific pre-biopsy imaging. According to Bryant, this approach focused on an area where only 70 percent of all prostate cancers develop, which could lead to undertreatment.

When asked about the cost of pre-biopsy MR, Bryant explained that the cost “has been falling in recent years and as this imaging becomes more widespread in a larger number of centers across the world, the cost per scan is likely to drop still further.”

Furthermore, the cost of the MR imaging may be offset by savings that come from fewer biopsy procedures and a reduction in the detection of low-risk low-volume prostate cancer. Many of those men may avoid undergoing a biopsy if their multi-parametric MR shows no cause for concern.

But for those that do undergo a biopsy, MR may also be a vital asset for guidance purposes. A University of California, Los Angeles (UCLA) study from June 2019 found that combining MR and ultrasound to guide prostate cancer biopsies may detect up to 33 percent more tumors.

Ultrasound shows the location of the tumors in the prostate gland and MR can locate specific lesions enabling physicians to only biopsy tissue samples from those areas.

For the study, the UCLA researchers had 300 men undergo MR exams, and prostate lesions were detected in 248 of them. However, after the remaining 52 men underwent ultrasound biopsies, it was revealed that 15 percent of them had cancer.

This shows that while MR is useful, it cannot be the only modality used. The researchers concluded that patients should receive an MR exam before the biopsy, but that if no cancer is found in men at high risk then they should still receive an ultrasound biopsy.

The value of 7T MR
7 Tesla MR is undoubtedly a very powerful MR machine, but research is needed to figure out where it shines the most. A couple of studies published in mid-2019 suggest that 7T might be valuable for evaluating MS progression.

Researchers at the Athinoula A. Martinos Center for Biomedical Imaging at Massachusetts General Hospital are finding that 7T MR allows them to better see cortical lesions in the gray matter of the brain’s outer layer. According to them, that is a strong predictor of the degree of neurological disability among MS patients. 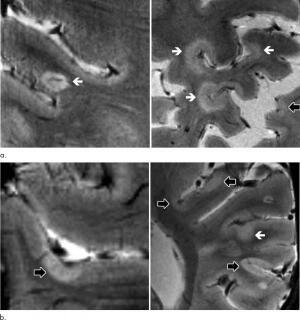 Axial 7T T2-weighted images show examples of leukocortical lesions (white arrows) and intracortical lesions (black arrows) along with juxtacortical and periventricular white matter lesions in different patients with MS. Credit: Radiological Society of North America
“The 7T is a robust and powerful machine, with unprecedented capabilities and there is no doubt that, for certain aspects of the disease, especially for assessing lesions in the cortex, it would be the ideal imaging modality in clinic,” said Dr. Caterina Mainero, director of MS research at the center.

White matter lesions have traditionally been the basis of measuring the profession of disability in MS patients, but 7T revealed that the gray matter is a more reliable predictor. Because of that, the researchers are advocating for cortical lesions assessments to become a staple when evaluating MS progression.

The National Institutes of Health (NIH) has also been looking into the use of 7T MR for evaluating MS. They found that MR can detect a severe type of MS based on the presence of dark-rimmed marks called chronic active lesions.

These lesions are invisible on standard MR scans with gadolinium so they have been neglected by radiologists and neurologists for a long time. But in the last decade, research groups have worked hard to change that.

“Here, in our paper, we clearly show that chronic inflammation is relevant to disability accumulation and not completely targeted by current approved treatments for MS,” said Dr. Martina Absinta, post-doctoral fellow who lead these studies while working at the NIH's National Institute of Neurological Disorders and Stroke. “As direct consequence, we now think that new approaches and new treatment trials are needed to limit this type of brain inflammation in MS.”

The one caveat is that 7T MR is rather expensive for large-scale deployment. Also, there needs to be further standardization and optimization of protocols so that wider clinical use can become a possibility.

“Several of the fundamental components, especially the magnet itself, are simply more expensive than at lower field strengths,” said Mainero. “The question is how much the cost of these components will decrease over time, and how much their costs contribute to overall scanner costs.”

She added that this will depend largely on novel technological developments as well as market demand. Currently, Siemens Healthineers offers the only FDA-approved 7T MR scanner, but the cost will likely drop if more companies enter the market.

“If there is clinical demand for 7T magnets and the number of units ordered goes up, that will no doubt allow Siemens to bring costs down,” said Mainero. “Competition from other vendors also will help with that.”