But in health IT, things that recently seemed like the stuff of make-believe are now entering the market. At last week's HIMSS meeting in Orlando, Florida, many technological concepts — long predicted, noted and speculated upon — appeared marketable for the first time, (no doubt leading to numerous "A-ha!" moments in many languages among the over-40,000 attendees from around the world).

Here are four trends in particular that HCB News observed up close and personal at #HIMSS17.

1) Equipment is only one piece of the puzzle

The apps equivalent of the smartphone in the health care technology sector is the ability to merge and make all data functional to take care of patients. Such insight helps with everything from equipment productivity to patient dosing safety.

Konica Minolta, for example, introduced its secure enterprise Exa system that offers instantaneous, server-side viewing and analyses. The platform — which also has an app for mobile devices — allows staff to work across clinical departments.

Exa also syncs with billing, EHRs and scheduling platforms for improved productivity that removes the harsh bumps of operating silos so jarring to patients.

"It’s fair to say that we’ve been in a catch-up cycle on the software side as an industry, where the hardware was generating significant amounts of information that was fundamentally going unused," John Flannery, CEO of GE Healthcare said in an interview with HCB News. "In that regard we’re harnessing the data and analytics capabilities that the hardware has already enabled for a number of years."

The GE Health Cloud represents a major investment by the company to generate greater analytics to compliment the hardware that may already be in-hospital.

With the emergence of predictive modeling and artificial intelligence, physicians are also changing the way they practice medicine. At HIMSS, Dr. Kevin Dellsperger, vice president and CMO at Augusta University Hospital shared the benefits his facility has experienced using a new population management and informatics platform.

He described the Philips IntelliVue Guardian analytic support platform as an "early warning" system that makes decisions on two of their highest patient risk units. IntelliVue reveals subtle changes in respiratory oxygen levels four to six hours before a cardiac arrest, resulting in an 88 percent reduction in codes on the units, and saved lives.

After several years as a fixture buzzword surrounding health IT, vendor-neutrality seems to have finally emerged at this years' HIMSS conference in a meaningful way. For example, Siemens launched its Digital Ecosystem platform with an array of partners to offer real time data for care delivery and operational efficiency.

Marc Lauterbach, Ph.D., Siemens vice president of Marketing Digital health services, told HCB News that one application on the platforms will collect and organize for viewing all of a facility’s CT scanners, for example. He said one CIO he met with who saw the Ecosystem's capability immediately deduced how he could make his CTs more efficient through increased utilization — no matter the OEM make of the equipment.

Still, there is much work to be done in opening up the floodgates of cross-platform compatibility, and HIMSS attendees were eager to see the same in software — particularly EMRs and EHRs that play nice with disparate imaging software.

Many image solutions have not yet fully embraced the need to create not only an image repository for non-radiographic images (lab, ophthalmology, surgery, etc.) but also to combine that with the clinically necessary quantitative and diagnostic tools required for each respective specialty.

3) Cybersecurity, or rather insecurity

In an HIMSS survey, two-thirds of respondents reported a significant security incident and had only an average confidence level that they were prepared to defend their institution against a cyberattack.

Chris Strand, senior director, compliance for Carbon Black, which ran near-continuous presentations on the issue of cyberattacks, said the number of daily attacks in health care is "staggering." He said that health care providers must be constantly monitoring their security measures to meet regulatory and compliance expectations.

An HIMSS Leadership and Workforce survey found that 15 percent of non-hospital sites, such as ambulatory centers and long-term care providers, do not have a full-time IT person on staff to monitor cybersecurity. On the positive side, Tom Leary, vice president Government Affairs at HIMSS said there is bipartisan support for health care cyber security in Congress, no matter what reforms to the ACA are adopted.

Cyberattacks and security threats have forced complete adaptation from the marketplace over the past few years. Moreover, industry consolidation and a push for everything digital has created a sort of perfect storm environment for cybercrime.

Keys to mitigating risk include adopting an attitude of awareness, coupled with a proactive approach that consists of an internal assessment and a strategy based on stakeholder consensus, including taking steps to shore up infrastructure weaknesses, implementing internal policies and incorporating a training plan across the organization that promotes buy-in.

4) A call for leadership 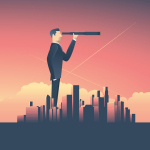 It can be a difficult to convince governing bodies in any industry that a workplace where employees feel inspired to come to work every day imparts genuine operating value to an organization. But there were examples of this truth to be found at HIMSS 2017.

A capacity crowd of 6,000 greeted IBM president and CEO Ginny Rometty and welcomed her optimistic, can-do vision of the future in the opening keynote address. Rometty cited the advancements of the cognitive use of big data — and its use with Watson — to revolutionize health care. "I am profoundly hopeful," Rometty told the audience. "I think we're at a time to reinvent and transform health care to an era of personalized medicine."

Senior IT staff at Houston Methodist (HM) shared their successful journey from a legacy EHR transition to a new platform without a major complication. The seven-hospital system with 135 locations has nearly completed an EHR switch by relying on its employee-centric core values, which the leaders said are "ingrained in the fabric" of HM.

The values include: integrity, compassion, accountability, respect and excellence. For example, at the beginning of the conversion, each IT staff member received a letter from the CEO assuring them they would have a job at HM when the project was complete. The leadership team also asked employees for their input on how they could reconfigure their work to make the project successful.